From the 28th to the 30th November, Exeter Phoenix hosted 2 Short Nights, a small film festival devoted mainly to the output and publicity of short films. The events held were all open to the public and ranged from filmmaking tips through start-out workshops, live pitches, discussions with filmmakers and screenings of a foray of brilliant shorts.

Fortunately, I was given the opportunity to attend a couple of these events and so will specifically focus on those that I saw, namely the South West Documentary Commission: Live Pitch and Shorts #3: Growing Pains.

When I first walked into the Live Pitch, I didn’t know what to expect. The elongated title seemed to promise a rather drab experience but that proved not to be the case. As soon as the pitch started, I was helplessly absorbed.

For the duration of the hour-long event, five filmmakers pitched an idea each of a non-fiction documentary short they intended to produce. From the outset, the judges outlined what they were looking for: an imaginative story, interesting characters, an interesting filmmaker and how the filmmakers intended to spend the £1000. 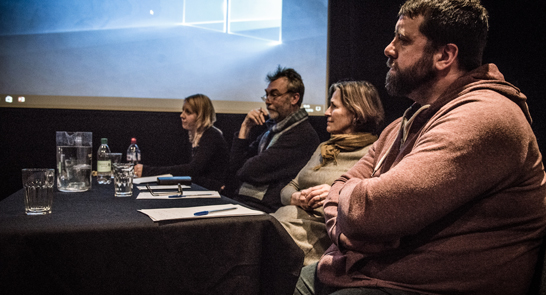 The first proposed documentary was about two women who use coding to create live music. Their coding raves are inherently intriguing, but the filmmaker sought to approach the film through a feminist lens.

Aland, the name of the second documentary pitch, took a completely different turn. The filmmaker wanted to make an animal, not a human, his central character by studying the wolves on the island of Aland near Sweden. With very few pro-wolf locals, the tale promised to expose a growing relationship of fear between humans and wolves.

Similarly, the final pitch took an animal perspective, hoping to shed light on the little known and little loved feral goats in and around Linton. The filmmaker’s practical intention was to explore if goats can have a positive impact on tourism.

The other two documentaries were about individuals. One, called Guns of the South, looked at the current trappings of an unnamed lucrative UK based gun dealer. The other filmmaker pitched an animation of Lay Montagu, a woman under the Ottoman empire.

All the pitches were delightfully different, with the judges all seemingly engaged by the prospective ideas in front of them. For me, the way in which the filmmakers intended to tell their stories proved to be the most interesting, whether it be through stop animation or using a dark pallet and not showing any wolves in Aland. With decidedly small budgets, their inventive approaches proved to be a fascinating thing to behold.

Once the Live Pitch finished, I had a few hours of respite until I returned to watch Growing Pains, a collection of eight shorts all about adolescence. Instead of talking about them all, I will focus upon a three which I deemed rather noteworthy. 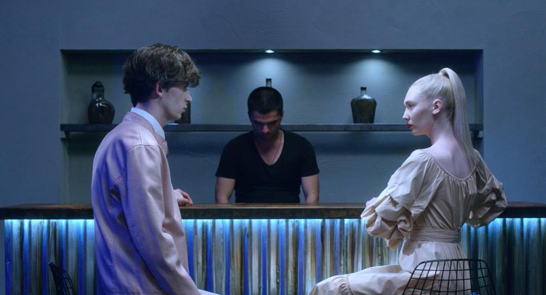 The first was called Rikishi, a French film about a boy who, after being called a sumo wrestler, starts to explore the world of the ‘rikishi’. The short traces the isolation of Jason who lacks both friends at school and a supportive relationship at home. Yet Jason’s passion drives him to utilise his size and become a sumo wrestler. The film proved to be an enjoyably unorthodox sports film.

Scandal took me by surprise. Expecting another traditional short, instead I was greeted by a music video visualised through animated images of different canvas paintings. At times mesmeric, Scandal was a brilliant yet brief experience, complemented by an equally good song.

The final film I saw was Second Best, an outstanding tale about twins whose successes are dealt with differently by their obsessive and quite frankly mental mother. Funny yet serious, endearing yet subtle, this short was so many things at once it perplexed me. Very few films end by making me feel truly in awe, yet this film managed to do just that, and in only twenty minutes.

I guess that’s the beauty of the festival, while it no doubt appeals to prospective filmmaker, it gives everyone the opportunity to see things they usually wouldn’t, and you might even see something that leaves you speechless. If you haven’t already been to the Phoenix Film Festival, make sure you go next year, it will not disappoint!