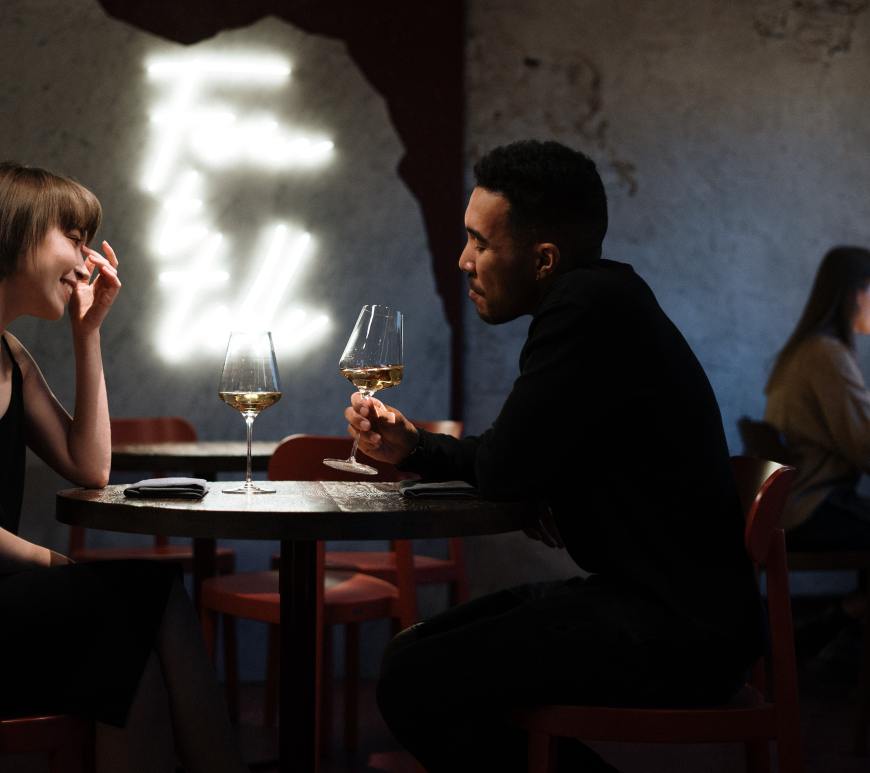 Having recently downloaded Tinder for the first time, I was thrust into the muddy waters of creeps, “nice guys”, cheesy pick-up lines and illicit photographs. With the occasional rare gem who actually wanted a deeper conversation than an aubergine emoji or ‘DTF’ message sent late at night; a date eventually ensues. Whether it goes well or disastrously, the awkward moment with the bill is guaranteed … END_OF_DOCUMENT_TOKEN_TO_BE_REPLACED

They say: love is mysterious, love is beautiful, love is iridescent and glittering, something ethereal and sublime – and hey, who am I to say that it’s not? But for most of us, being the imperfect obsessive creatures that we are, love has a little stubby turned up nose like a bat and glinting pointed claws and fur sticking up in spikes. Skittering, scattering, sniffling … END_OF_DOCUMENT_TOKEN_TO_BE_REPLACED 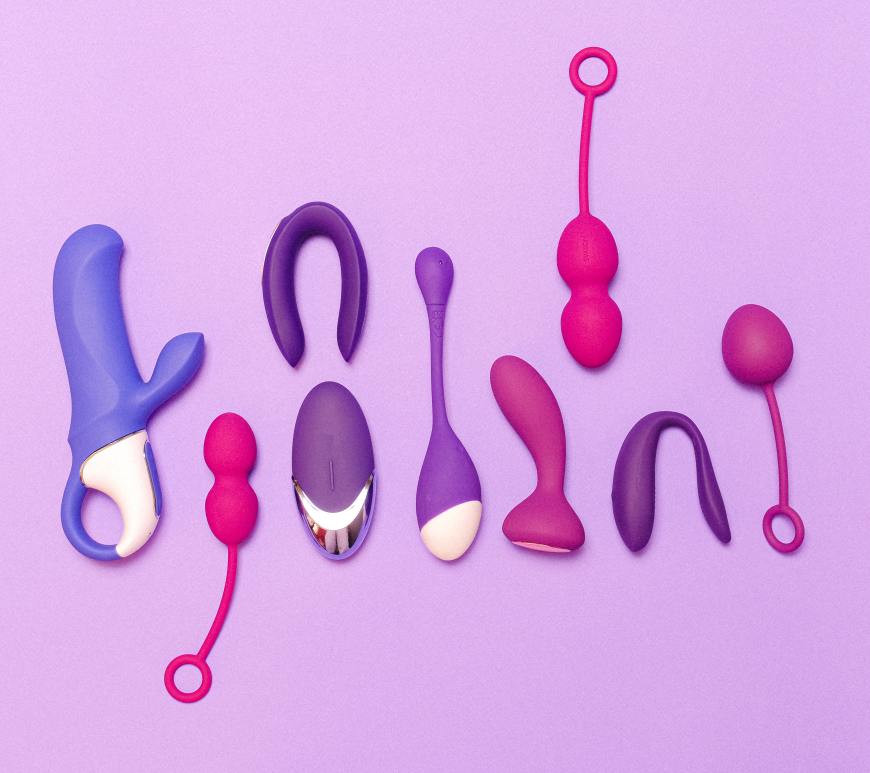 One of the most frequent reactions to the idea of using adult toys for the first time is a feeling of reluctance, and potentially of discomfort. Many of us might not even completely register where our hesitation to experiment with sex toys comes from – oftentimes, it originates from fears associated with venturing into the unknown. In the modern age, stigma also stems from a … END_OF_DOCUMENT_TOKEN_TO_BE_REPLACED

The festive season has come to an end, money is tight, and the workload is piling up: dreaded January has made its return. Typically, this month is one we seek to merely ‘get through’ as opposed to enjoy. We often forget to look after ourselves, staying up late to then getting up early, hoping that morning coffee will keep our eyes open.  Although we cannot … END_OF_DOCUMENT_TOKEN_TO_BE_REPLACED

I am smaller than I used to be and some days I feel smaller even than that I’ve said goodbye to parts of myself that were lost, given up, erased – like numbers on a page or numbers on a scale that make me feel sad that I feel relieved. when I look into somebody else’s mirror now it is me that I do not … END_OF_DOCUMENT_TOKEN_TO_BE_REPLACED He wakes up like any other day: with a jolt from a dream. Today it was odd, but the memory slips from him the more he tries to grasp it. After a few moments, he sits up in his warm bed, slowly pushing off the many layers of blankets. He stands up on unsteady legs, the kind that only come from waking up too quickly … END_OF_DOCUMENT_TOKEN_TO_BE_REPLACED 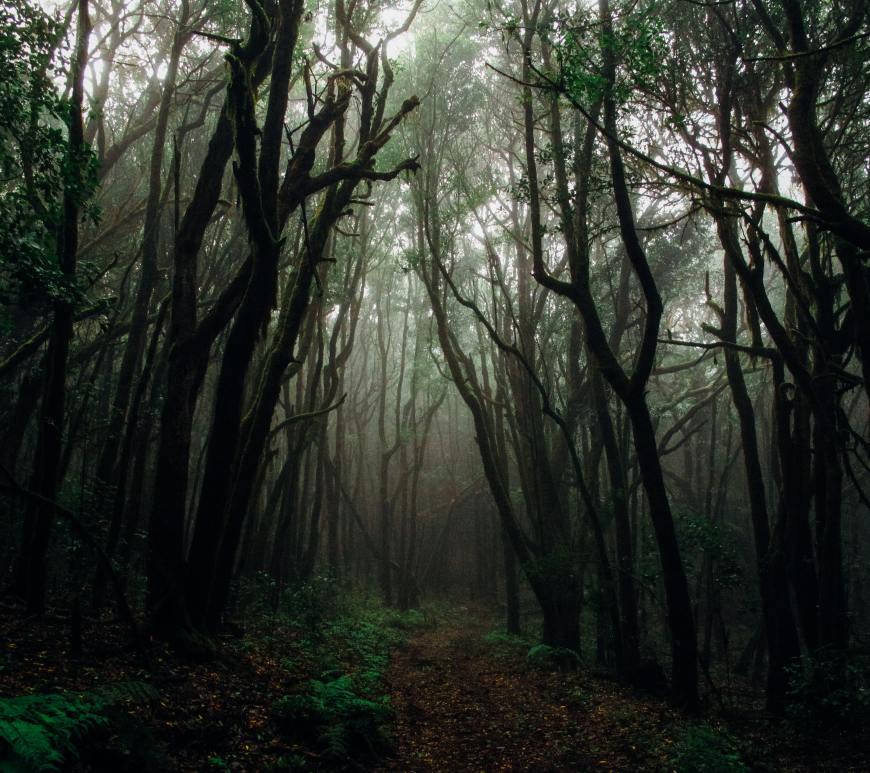 I’m in a wood and it’s dark. Trees compete to thrust their limbs Above the earth. Their branches twine and tease, Threading my hair into knots, Wet as moss. I’m in a wood and I’m running, And the leaves lash out harder than my pace. They smack me like shadows, Full of reproach, Carrying the night forward, onwards, forever. In the shortest breath, I hear … END_OF_DOCUMENT_TOKEN_TO_BE_REPLACED 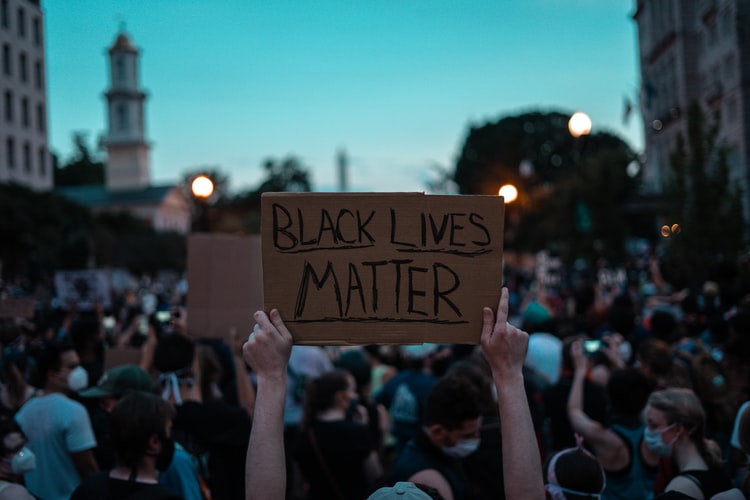 On the 7 June 2020, against a backdrop of conversations surrounding the treatment of Black people in light of the tragic death of George Floyd at the hands of police in Minnesota, protestors in Bristol graffitied, tied up and toppled a statue of Edward Colston, a slave trader whose fortune helped to build the city. The whole world watched as the bronze memorial, which had stood by Bristol’s harbour since 1895, was thrown into the water amidst cheering. Four days later, it was retrieved and put into storage by Bristol City Council, who later said they planned to display it, graffiti and ropes intact, at the city’s M Shed Museum. The news of the statue’s toppling was met with disdain by many, including Home Secretary Priti Patel, who branded the action ‘utterly disgraceful’, while others celebrated it as an act of justice. END_OF_DOCUMENT_TOKEN_TO_BE_REPLACED

As the mornings grow colder, the nights longer, and it feels like there are perpetual grey skies threatening months of rain, sometimes all you can do is put on your most threadbare pyjamas and snuggle up with a good book. However, with deadlines looming and online University being weirdly more stressful than the real thing, considering I’m attending in said pyjamas, what I really need is a slither of a good story. A short story, so to speak. Sculpting a believable and captivating world in a handful of pages is a difficult thing to get right, but fellow Exeter student Daisy Ella does just that in her first self-published story, Beneath the Waves. END_OF_DOCUMENT_TOKEN_TO_BE_REPLACED

Clueless (1995) is undeniably a classic chick flick and its protagonist Cher Horowitz is a typical rom-com cool girl. But what exactly does it mean to be one of these characters? Which other romantic comedies feature cool girls? And how central is the figure of the cool girl to the romantic comedy as a genre? END_OF_DOCUMENT_TOKEN_TO_BE_REPLACED

Follow RAZZ on WordPress.com
It's here! We're so excited to share our newest print edition, TRANSFORM, with you all! It's available on campus now so grab a copy and share your favourite pages with us. We're so proud of all the work put into this edition, both by our wonderful print team, and by the writers, illustrators and photographers. We hope you enjoy ❤
INTRODUCING... TRANSFORM!
INTRODUCING... TRANSFORM!
INTRODUCING... TRANSFORM!
A huge warm welcome to our lovely new committee for 2021-22! We're so excited to see RAZZ continue to grow into next academic year <3
Voting is open at midnight for the remaining committee roles! Make sure you check out the candidates’ answers to questions, and their manifestos, before voting!
My Tweets